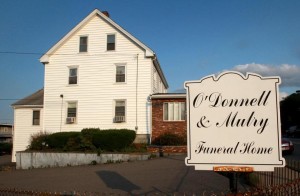 Charlip Law Group, LC represents Gina Hinckley, both individually and as a putative class representative in a class action currently contemplated to be filed against potential defendants, Joseph O’Donnell, Tobin and Mitchell Funeral Home, AdvoGaurd Inc., Massachusetts Division of Professional Licensure, and Massachusetts Board of Registration in Embalming and Funeral Directing, for the negligent mishandling of the remains of her father, Edward Edwin Hinckley, while in the care of O’Donnell & Mulry Funeral Home.

This suit comes after police in Dorchester, MA, charged Mr. O’Donnell, owner of O’Donnell & Mulry Funeral Home, with illegally storing 12 bodies and more than 40 sets of cremated remains in storage facilities in Weymouth and Somerville as well as failing to cremate an as yet unknown number of bodies, and instead supplying relatives with unclaimed ashes in his care.

If you’ve had a loved one pass away, whose funeral, cremation, or burial services were entrusted in O’Donnell & Mulry Funeral Home or AdvoGaurd Inc., and you feel that you too may have been a victim of their misconduct, contact the funeral misconduct lawyers at Charlip Law Group, LC today.

Our death care and mortuary lawyers are very familiar with the funeral service business and laws applicable to funeral service and crematory claims, and are aggressive in our representation. Moreover, Charlip Law Group, LC has been a leader in prosecuting mortuary malpractice claims on an individual and class/mass action basis throughout the country as well as in Massachusetts with the Bayview Crematory case. We provide high-quality, cost effective solutions that protect your interests. Our founding attorney, David H. Charlip, is a Board Certified Civil Trial Lawyer, published author and speaker on legal matters, including funeral service law. He has won substantial jury verdicts for clients presenting negligent infliction of emotional distress and interference with a dead body claims. Because our experience in mortuary law is unique, journalists, attorneys and clients throughout the country seek our advice, assistance and representation on these matters. Mortuary litigation concerns any action arising out of the funeral process. This litigation usually involves negligent or wrongful behavior by one of the parties involved in the arrangements for final disposition. It can either be a one time, one body event or can arise out of a scandal-type situation that has the potential to affect numerous families.

The mortuary lawyers at Charlip Law Group, LC bring many years of training and experience to the practice of funeral law. Our bilingual staff will deal with your issues promptly and courteously. We are conveniently located in Miami-Dade County, Florida. Our South Florida location allows us to serve our clients in Miami-Dade, Broward and Palm Beach Counties; throughout Florida and the United States. Charlip Law Group, LC has managed and litigated cases across the country in states such as Alabama, California, Illinois, Indiana, Louisiana, Maine, Massachusetts, Missouri, Nevada, New Hampshire, New Jersey, New York, South Dakota, Washington and Wyoming. Contact Charlip Law Group, LC at our Miami, Florida offices toll-free at 1(888) 513-4090 or (305) 690-0662 or email us at [email protected]