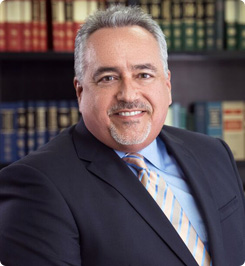 David H. Charlip, the principal of Charlip Law Group, LC, is one of only 101 Board Certified Civil Trial Lawyers in Miami-Dade, with over 30 years of litigation experience.

Mr. Charlip is also one of only 136 Florida Civil Law Notaries. He has managed and litigated cases across the country in states such as Florida, California, Washington, Missouri, South Dakota, New York, Wyoming, Nevada, Indiana, Massachusetts, New Jersey, Illinois, Maine, Louisiana, and New Hampshire, to name a few.

Mr. Charlip has a reputation as an innovator and a leader in such areas as Mortuary and Funeral Law, Civil and Corporate Litigation, Real Estate Law, Foreclosure Defense, Consumer Law, Cruise Ship Injury, Personal Injury, and Nursing Home litigation, on both the individual level and in class or collective actions.

As a thought leader in many areas of the law, he is a sought after speaker and frequent resource for the media, featured in The New York Times, Newsweek, Florida Trend, Channel 7 news, Miami Herald, Sun Sentinel, and Palm Beach Post to name a few.

Mr. Charlip has a primary goal – high quality, innovative legal work based on the cutting edge of the law that places the client’s needs first and wins cases. Throughout his legal career, Mr. Charlip has always advanced and secured his client’s interests with high integrity by adapting and even helping create laws to his client’s unique circumstances and positions. Charlip Law Group, LC, embodies and advances that philosophy while continuing Mr. Charlip’s standards of high quality legal representation.

Mr. Charlip received his Juris Doctor degree from the University of Florida with Honors where he was the Executive Editor of the University of Florida Law Review. He is admitted to both the Florida and New Jersey Bar, and is admitted to practice before the U.S. District Court, Southern District of Florida, including Trial Bar, Middle District of Florida, District of New Jersey, the Eighth Circuit U.S. Court of Appeals and the Eleventh Circuit U.S. Court of Appeals. Mr. Charlip is the author of numerous scholarly articles and is known nationwide.

Commentary, Time to Take Sexual Harrassment Out of the Closet, SOUTH FLORIDA BUSINESS JOURNAL (May 27, 1991).

Trials and Appeals in all Courts.